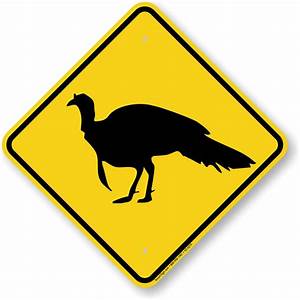 If you have driven down Sidney Road through Franklin in the past year, you probably had the chance to meet the resident wild turkey, who was affectionately named “Sid” or “Syd” by the locals.  Unfortunately, Sid’s habit of standing, and sometimes even sleeping, in the middle of a busy County road was becoming a safety hazard for both Sid and the vehicles travelling on the road.  His unwillingness to move aside for even the emergency lights of an ambulance is a perfect example of danger he was causing.

On Saturday, September 26th, the Township was alerted to the fact that the New Jersey Division of Fish and Wildlife (NJDFW) Conservation Officer was in the Township because the State had received calls about Sid.  The Officer was intending to kill Sid as that is the State’s protocols for animals that cause a safety risk.  Mayor Phil Koury was alerted to the situation and he arrived on the scene and convinced the Officer to hold off on putting Sid down in the hopes that he could instead be relocated.  The Township has no jurisdiction over the County road and the regulation of wild animals is under the jurisdiction of NJDFW.  However, the Officer heard the plea of the Mayor and agreed to delay putting down Sid until it was determined if other arrangements could be made.  So, although it was not Thanksgiving and Mayor Koury is not the President, a turkey was pardoned (if only for the weekend).  Over the weekend, Mayor Koury and Township Officials received many calls and emails from people looking to help Sid.  Unfortunately, the trapping of a wild animal is only permitted with a license and we were told he could not be rehomed to a private local farm.  Also, the Township was told of, at least, two attempts to trap Sid by a rescue organization over the weekend that were unsuccessful.

On Monday, Mayor Koury spoke with a representative from the USDA who advised that if requested by the municipality, the USDA would humanely trap and relocate Sid.  The Mayor was advised that the only options for Sid were relocation or to be put down.  The State could not allow him to remain in Franklin as he was now a known danger.

The Township is happy to report that its most famous gobbler was safely and humanely tranquilized and relocated on Tuesday, September 29th.  The Mayor was told that he was being relocated to the Wharton State Forest in Hammonton, NJ.  A State website lists the Wharton State Forest as containing 123,152 acres.  Mayor Koury asked if the Township would be able to obtain a photo of Sid in his new home to share with his adoring fans.  No promises were made by USDA officials but if the Township obtains any information about Sid, we will be sure to pass it along.

The Township would like to remind its residents that you should not feed wild animals. If you encounter a wild animal in the street or on your property, do not attempt to touch it or call it over.  We wish Sid a long and healthy life in South Jersey and we thank him for providing Franklin Township with a bit of excitement and humor during an otherwise humorless year.

Update:  The USDA was extremely kind and has shared some photos of Sid’s release 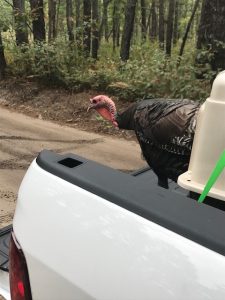 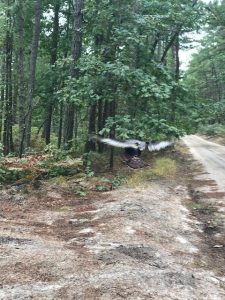 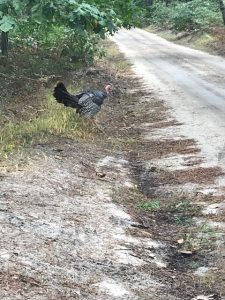